Here in Haiti, we live way down in the valley in a neighborhood called Santo. The house looks out over a pretty awesome Mountain Range.  My first thought when we arrived was, “I have to mountain bike that”( even though I’ve never really mountain biked).

I planned on just buying a bike off the street, but our Haitian friend, Robinson, said he knew of a good place to buy a bike. So, he took me to the “bike store” where I could get a mountain bike. This place is downtown in a big market.

The number of bikes in this picture really does not do justice to the experience.  There must have been ten times that many bicycles at that place! I actually found a newer one for only $80. It’s nothing fancy, but I was glad to have found it in that awesome mess.

My friend, Brian (who actually mountain bikes), wanted to join in so we looked up a few places and took some suggestions. We woke up before sunrise to beat the heat. Not really knowing where to go, my friend Brian and I took the suggestion of a friend who described this road near Titanyen as “rolling hills” that have some really great views. I figured rolling hills = beginner mountain biking. So, we loaded up and came to these “rolling hills”… 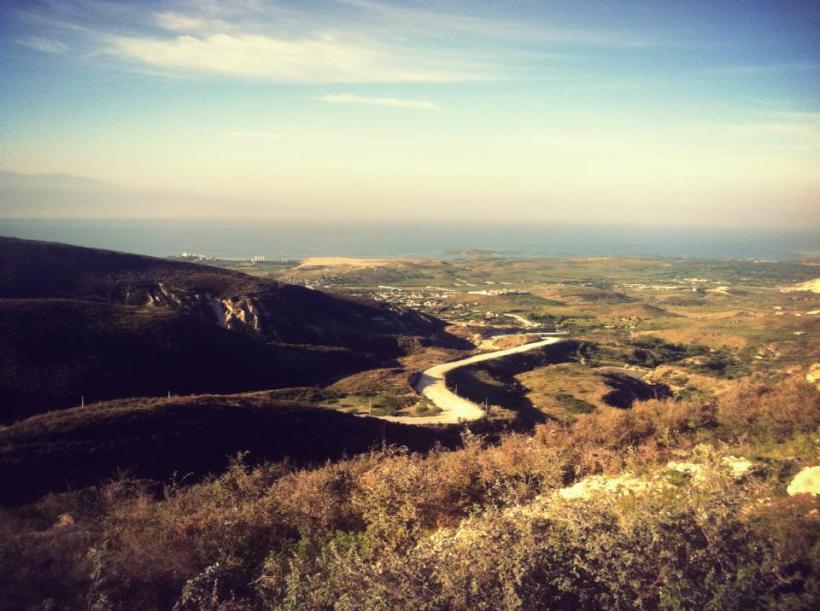 Clearly this was more than rolling hills.

We mostly were riding on the gravel road.  But once we got to the top we found some goat trails that also made great single track riding.

The ride back down was filled with obstacles.

All in all it was a great time.  But luckily I met somebody the other day who knows where there are some trails much more conducive for riding.  I know there is a 30 something mile trail that goes from PaP to Jacmel on the south coast. Once I master “rolling hills” and dodging goats, maybe I’ll give it a shot.