We’ve been in St.Augustine for three weeks now, which feels like forever after you’ve been hopping from place to place all summer. Fortunately, there’s not only a ton to do here, but Josh has a friend from his high school days who lives here as well. Zac and Jacqui live two boats down from us! It’s a small world. Before leaving on The Tinii Adventure, Josh ran into a friend in East Nashville. When he asked him if he had seen anyone else from high school, this friend told us that Zac was, “Like…living on a sailboat in St.Augustine,” as if that was a very strange thing. We got Zac’s number and gave him a call. When our rudder broke in Beaufort and we almost gave up, Zac was one of the people who would regularly call and encourage/beg/harass us not to quit. Once we got to St.Augustine, the dockmaster here kept referring to some guy named Crunch as if we should know who he was talking about. Little did we know that Zac picked up the nickname Crunch years ago which was sort of destiny because with the purchase of a sailboat he completed the transformation to Captain Crunch…and that is baller.

We got here and paid for two days at the marina knowing we had to make a decision. First, do we find a place to keep Willy while we are in Haiti or do we sell? Secondly, IF we sell do we keep sailing and risk having to let Willy go for next to nothing or do we stop here (where the marina is cheap and we have friends) and go ahead and list it.

After looking at what it would cost to keep Willy we knew selling it was in the cards. Not only is it expensive to keep a boat, but it’s sort of sad just letting it sit unused. I’d rather have the money growing in savings (for our next boat, haha) and let Willy have an adventure with someone else.

So, the next dilemma. We VERY sadly decided to stop in St.Augustine and list Willy. We just couldn’t justify a couple more weeks of sailing for losing thousands of dollars in a quick sale. So, we find ourselves in St.Augustine catching up with old friends, making new ones, and exploring America’s oldest city.

Luckily, there is a ton to do here….

The fort was completed in 1695 when Florida was part of the Spanish Empire. The fort was never conquered despite many English attacks. Along our sail down the coast, we saw a few of the English forts as well and I can say that without a doubt, the Spanish were much better fort builders. Plus their canons were prettier.

While we have been parked here in St.Augustine…we both turned 28. On Josh’s birthday he knocked something off his bucket list. We went to the Hot Shot Bakery and did their food challenge. This required us to eat a chocolate covered Datil pepper so that we could get a bumper sticker and a picture on the wall. I wasn’t going to do it but Josh pulled the “It’s my birthday so you have to” card. After years of eating ghost pepper hot sauce, Josh’s spicy taste buds are pretty hardcore so he was a little unfazed by this challenge. He really wants to try to guzzle gallons of ghost pepper soup at Nitally’s in Tampa because the prize is $1000. 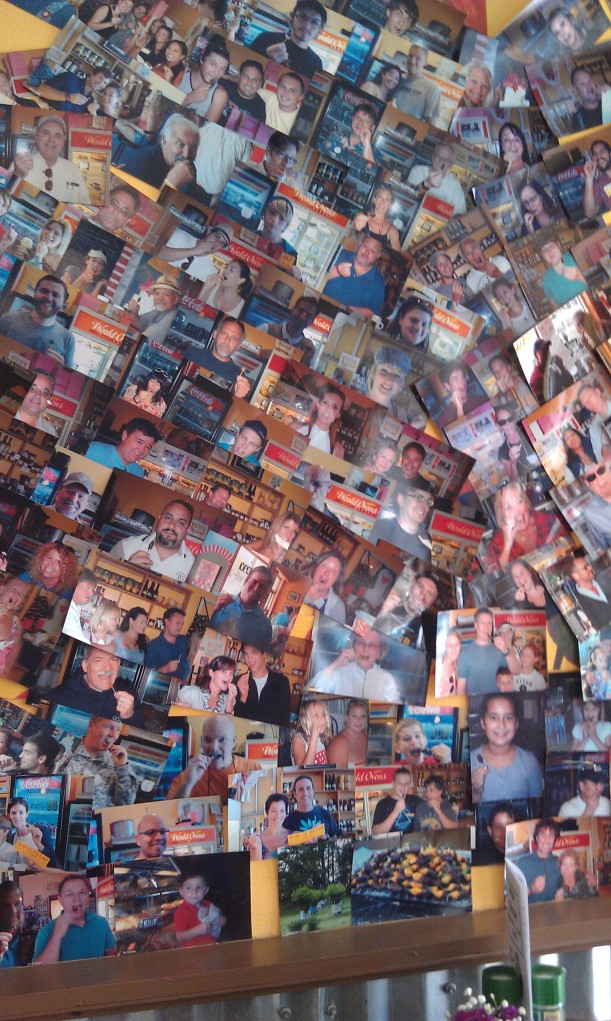 The Wall of Flame.

We spent an entire day on our “shared birthday-day” doing touristy things. Since Josh’s day is the 25th and mine is the 27th…the 26th gets a celebration too. We started the day at The Alligator Farm. In hindsight, I added “See every species of crocodillian in the world” because that’s what we accomplished at the alligator farm.

We also climbed the lighthouse here. Apparently it’s one of the most haunted places in St.Augustine. I read somewhere that there are 13 pirates buried somewhere around here. I decided that if I HAD to run into a ghost, a pirate one would be the coolest. Ghost kids are creepy, ghost soldiers are sad…ghost pirates are bad ass.

We also went to Ripley’s Believe It or Not that day. The cool thing about this one is that it is in Mr.Ripley’s house! Apparently St.Augustine was his home base. The other cool thing was realizing that Mama Jimmie (Josh’s grandmother) owns several things that were in Mr.Ripley’s collection…I don’t know what that says about Mama Jimmie or Mr.Ripley.

Even though we’re bummed to be selling Willy, St.Augustine isn’t the worst place to be stuck.